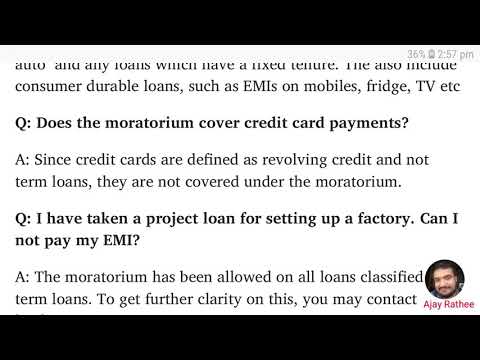 As negotiations to finalise the long-overdue Regional Comprehensive Economic Partnership (RCEP) enter final stages, Prime Minister Modi said India has put forward reasonable proposals in a clear manner and is engaged in the talks with sincerity for the free trade deal. Modi said India is clear that a mutually beneficial RCEP, in which all sides gain reasonably, is in interests of the country and of all nations involved in the negotiation.
-Business Line
A day after SEBI put in place tighter disclosure norms, Indian Bank, Union Bank of India and Lakshmi Vilas Bank on Friday reported divergence in their bad loans for the last fiscal ended March 2019. For LVB, the net loss widened to Rs 1,006 crore from Rs 894 crore.
-Economic Times
The RBI has rejected a proposal by ICICI Bank for appointment of Sandeep Batra as an executive director (ED) after SEBI penalised him in a case related to merger of Bank of Rajasthan.“The Bank has received a communication from RBI not acceding to the request for appointment of Batra at present and to resubmit the proposal for approval after one year from the conclusion of settlement proceedings,” ICICI Bank said in a regulatory filing late on Friday night.
-Business Line
The RBI has refused to relent on its guidelines requiring chief executives of private banks to mandatorily retire at the age of 70, setting the stage for Aditya Puri to step down as HDFC Bank MD & CEO next October, while Romesh Sobti will retire as IndusInd Bank chief at the end of the financial year.
-Economic Times
PSBs are talking to the RBI under the aegis of the IBA to allow a staggered recognition of deferred tax assets (DTA) for FY20 in order to avoid taking large hits on their bottomlines. “We are assessing the matter and even the RBI and IBA are talking about it,” said an executive aware of the development.
-Financial Express
US Treasury Secretary Steven Mnuchin met RBI Governor Shaktikanta Das in the financial capital today. The two discussed “global and domestic macro-economic scenario in both countries and regulatory developments”, according to an official statement from the central bank.
-Business Line
The global investor which has submitted a binding bid to invest $1.2 billion in Yes Bank is a North American family office that is interested in picking up more than a third of the bank’s shareholding. “We have a nondisclosure agreement with the investor. The bank’s capital-raising committee could meet as early as next week to decide on the proposal and, should they approve it, the name will be made public,” said Yes Bank MD & CEO Ravneet Gill.
-Economic Times
Karur Vysya Bank has posted a 24.37% dip in its standalone net profit for the second quarter ended September 2019 to ₹63.33 crore compared with the corresponding year-ago period on higher provisioning.
-The Hindu
Lakshmi Vilas Bank, in a regulatory filing, said Non-Executive Non-Independent Director Anuradha Pradeep has resigned from the board.
-Business Standard
India’s GDP could grow 6.6% in 2020-24, lower than its 2013-17 average of 7.4%, the Organisation for Economic Co-operation and Development (OECD) said today.
-Economic Times
China's Fosun Tourism Group said it would acquire the Thomas Cook and related hotel brands for 11 million pounds in a bid to expand its presence in the tourism business.
-Economic Times
A 65 Year olddepositor of the scam-hit Punjab & Maharashtra Cooperative (PMC) Bank died due to a heart attack in neighboring Navi Mumbai, her family said. Kuldeep Kaur Vig (64) is the seventh PMC Bank depositor to have died after the alleged ₹4,355 crore scam at the bank came to light and the RBI imposed restrictions on withdrawal of funds.
-Livemint
NPCI on November 1 said the number of transactions of Unified Payments Interface (UPI) has crossed the landmark figure of 1 billion in October. "The total transactions of UPI jumped to 1.15 billion in October 2019 from 0.96 billion in September 2019," NPCI said in a release. Total transaction value of UPI stood at Rs 1.91 lakh crore during the month, up from Rs 1.61 lakh crore in the previous month.
-Moneycontrol.com
India's forex reserves increased by $1.832 billion to a new lifetime high of $442.583 billion in the week ended October 25, helped by a jump in core currency assets and value of gold, RBI data showed on November 1. The overall kitty had expanded by $1.04 billion to $440.751 billion in the previous reporting week.
-Moneycontrol.com